Fact: Reelfoot Lake was formed by an earthquake in 1811-12 in the northwest corner of Tennessee.

Legend: In the 19th Century a tribe of Chickasaws inhabited the northwest corner of Tennessee. Their mighty Chief was named Kalopin, meaning Reelfoot. Reelfoot was born with a disability and he walked and ran with a reel or rolling motion. Yeah. Reelfoot was definitely On A Roll.

Reelfoot's father had told him of Choctaw tribes dwelling to the south and of the wondrous beauty of their maidens. One spring day Reelfoot headed south until he reached the land of the great Choctaw Chief, Copiah. And there he beheld his dream princess, more beautiful than he had ever imagined, sitting close by the side of her father, the Chief. > 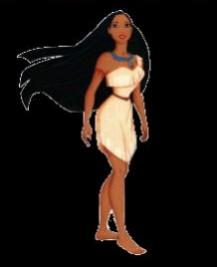 After they had chewed some buffalo fat and smoked who-knows-what, Reelfoot asked for the chief's daughter in marriage. Old Copiah was filled with wrath because he did not wish his daughter, Laughing Eyes, to marry a person with disabilities. Obviously Copiah had an attitude problem and his tribe had not yet complied with ADA. He told Reelfoot his daughter could only be given in wedlock to a Choctaw Chieftain. Reelfoot knew he was being fed a bunch of B.S. and it wasn't buffalo stew.

As if this were not enough discrimination against Reelfoot, Copiah called on the Great Sprit in the sky to write further restrictions into the job description. Title II of the tribal law read, "It is hereby unlawful to steal and carry off a wife from any neighboring tribe. In doing so, it will cause the earth to rock and the waters to swallow up your village. Furthermore, your people will be buried in a watery grave." Copiah was into big-time retaliation, intimidation and harassment.

Alone, Reelfoot rolled back to his north country. By the end of the following summer he decided to ignore the wrath of the Great Spirit. He wanted that woman. So the original disabilities activist again headed south, driven by love and determination. Late in the night, Reelfoot slipped into the Choctaw village and stole her heart away.

Reelfoot returned to his tribe with his beautiful princess. There was much dancing, singing and rejoicing during the marriage festival. In the midst of the honeymoon , the earth began to shake. Reelfoot said, "What a kiss!" But it was more than a kiss moving him. The earth continued to shake, rattle and then roll to the rhythm of tom-toms.

The tribe tried to flee to the nearby hills but the rocking earth made them stagger and fall. Chief Reelfoot, and little Laughing Eyes, reeled and rocked all night long until the Great Spirit put his foot down one last time. Boom! The earth opened and the Father of Waters (aka Mississippi River) rushed backwards filling the gigantic crater.

The watery grave of Reelfoot, his beautiful princess, and his people is today known as Reelfoot Lake in Northwest Tennessee.

I am writing in reaction to your article "The Real Reelfoot." As you may know, I am a Supported Employment Specialist for the Memphis Center for Independent Living. What you may not know is that I am also a mix-heritage man of the Chickasaw Nation. I was offended, hurt and angered by your article. Please hear my reasons.

It is true that you reported this as a legend. As any good storyteller knows the story changes with each telling yet it is also the responsibility of each teller to respect the heart and spirit of the first telling. Your telling was flippant and filled with inaccuracies. I would like to explain by first describing the inaccuracies as I see them: (1) whether Kalopin was a chief is in question. This does not change the meaning of the story, but why must all male Indian subjects of stories be chiefs? He was a man, even a man of status, but maybe not a chief. (2) The Chickasaw and the Choctaw were long enemies.

Kalopin's trip south was a raid not a friendly visit. (3) There is no royalty in the tribes north of Mexico. The woman was not a princess even if she was the daughter of a chief. (4) None of the pictures you used around the article are of Chickasaw. (5) There is no such thing as a "peace pipe." Many tribes used The Pipe in a scared way, smoking was a prayer and a way of binding humans to their words, each other, and the Creating Force. I can tell you what they smoked and your implication is very insulting. The Chickasaw smoked but did not use The Sacred Pipe.

Much more importantly than the inaccuracies is your total lack of respect for the culture of native people. Because you are a man living with a disability I would have expected more sensitivity to the "differentness" of other human beings. In most tribes of this continent something that made you different made you "holy" and gave you a special role in the tribe. We had no need for an ADA before "first contact." It is true that "exaggerations" are protected by the First Amendment. So is being an insensitive bigot, so is pointing out your words and behavior that fall into that category. I also remind you that slander is not so protected. Your telling of a legend of my people was slanderous. I would very much like an apology and for you to grant to others the respect you demand for your self.

Thanks for the letter, Ard. It was good hearing from you. I am sorry that you were offended, hurt and angered by my article. I came very close to writing a parody on a "Supported Employment Specialist" but decided at the last moment to use the Reelfoot legend. My mistake.

As I said, it was a parody. What I wanted to emphasize in the article was that a person with disabilities could and should be a person of achievement and accomplishment; could actually be a leader; and could fall in love, chose a mate, and (dare I say) have sex. I should have spelled this out more clearly so everyone could understand it. I was aware the legend had Reelfoot raiding the Choctaw village and taking Laughing Eyes by force. However, violence and sexual abuse did not contribute to my message so I omitted part of the legend. When I make "Reelfoot, the movie" I will leave the good stuff in for an R rating.

You want an apology? I'm full of apologies. I apologize for saying Reelfoot was a chief. He could not had been a chief, or an executive director, or even a Supported Employment Specialist. So everyone will feel more comfortable between Memphis and Washington, let's just pat him on the head and call him a "consumer" or a "client" or a "patient" or a "shut-in."

I apologize for not using actual Chickasaw illustrations. Just when I thought On A Roll was as good as the New Yorker magazine, you bring this to my attention.

I apologize for calling Laughing Eyes a princess. After getting to know her, it might have been questionable even to Reelfoot.

I'm not sure, but if we have ever met I apologize for the "first contact" and excuse me if I breathed on you.

And most of all, I apologize for not being more sensitive to the "differentness" of other human beings. Sometime I get to carried away with the "total inclusion" idea and the "level playing field" thing. Remind me to pay more attention to differences in people so I can draw a few new lines and perhaps, if I'm lucky, create a few new barriers.

Ard, Let's lighten up. I grew up in the Reelfoot Lake area. All my life I've heard the Reelfoot legend told very much the way I told it. True, I injected a lot of baloney into the story hoping to make it a little more interesting. The village not complying with ADA; that was just for effect, so was the reeling and rocking. Chuck Berry can sue me for using those words.

Thank you for educating me on the "peace pipe" issue. I didn't know it was a prayer. I had no intention of debasing your faith, but you know that.